I was born on the 2nd March 1942, the sixth of ten children of Anthony (Tony) Browne and Mary (May) Browne (nee Hunter). I was christened in St Agatha’s Church in North Strand, the Archbishop of Dublin’s parish church. The day of my baptism there was a heavy snowfall and my parents had to walk down the canal bank, a distance of about three quarters of a mile, to the church as no taxi could be found which would venture out in the inclement weather. It would not have been acceptable for us not to appear in the church for such a serious occasion as a baptism in the early 1940s.

The war, or emergency as it was called in Ireland, was in full flow and rationing had a severe grip on the city and countryside. However we were somewhat better off than our neighbours as my Father had a job as an inspector in the Corporation Waterworks where both his father and his uncle by marriage Augustine Clarke were also employed. Augustine Clarke was the father of Austin Clarke the poet. My mother was not greatly impressed by Austin Clarke, describing him as “a showoff marching around town dressed like a  priest”.

My first memory is the sight of my Mother at the foot of my bed in the fever hospital in Clonskea. I had been sent there at the age of three and a half or four because I had Scarlet Fever, an extremely infectious form of streptococcus. I do not know what the cure was at that time (the mid 1940s) but I was not allowed visitors beyond the window of the ward. I was in hospital for four months.

My Mother had sneaked into the ward and was examining my chart. She was dressed in dark clothes and wearing a hat. I can see the hat in my mind’s eye now. When I was released from the hospital my Mother brought me home on a double decker bus, I thought it was one bus on top of another, never having seen a double decker before. 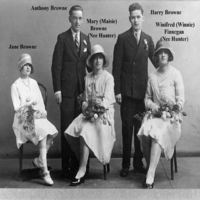 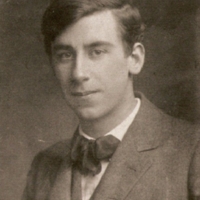