Oft in the Stilly Night is an appropriate song to start with, because in thinking about my childhood I have become conscious of many fond memories. It is also the song that I had to sing at my first singing exam with the Leinster School of Music for Miss Burke, who was a larger than life lady who went around Ireland, examining school choirs and singing and orchestras and violin playing. The point I want to make is that I, at school in Co.Antrim and later in Co.Down found nothing alien about being involved with the Leinster School of Music with an examiner from Dublin. I was Irish. A lot of my neighbours would have felt differently. My piano teacher, for instance, favoured the London College of Music.

I belonged to other all-Ireland networks, and I was affected by them. As well as my family which provided such a network, so also did the Sisters of St Louis, who despite their French name, provided a very strong Gaelic influence. Clochar Lughaid Monaghan was the first Class A school in Ireland - that meant that everything was taught through the medium of Irish there. While I went to school in St Louis Ballymena and St Louis Kilkeel the same spirit was abroad there. Later I had the experience of doing Matric Latin in Monaghan and struggling to make the Aeniad intelligible having first to get from Latin, through Miss Tuite's Irish, to something more managable! 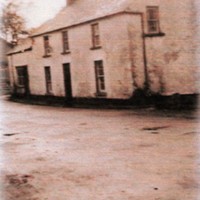 'I still get a thrill as I come over the hill on the way to Ballycastle, look down to Fairhead and over to Rathlin'
'… sitting by the fire in a dimly lit house up the street, listening to the two ancient little Dooey sisters tell all sorts of scary tales of ghosts and mysterious happenings' 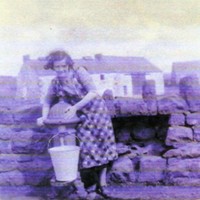